Recently the top brass from EMS Ambulance visited the UAE to discuss the opening of a new office in the ex-pat capital of the world, Dubai. We at EMS Ambulance anticipate a growing demand from the residents of Dubai for a trustworthy, lightning-fast, local, and personal touch when it comes to transporting patients (emergency repatriation) in need from one country to the next. The office will serve not only Dubai and the UAE, but also Kuwait, Oman, Saudi Arabia, Qatar, and Bahrein. 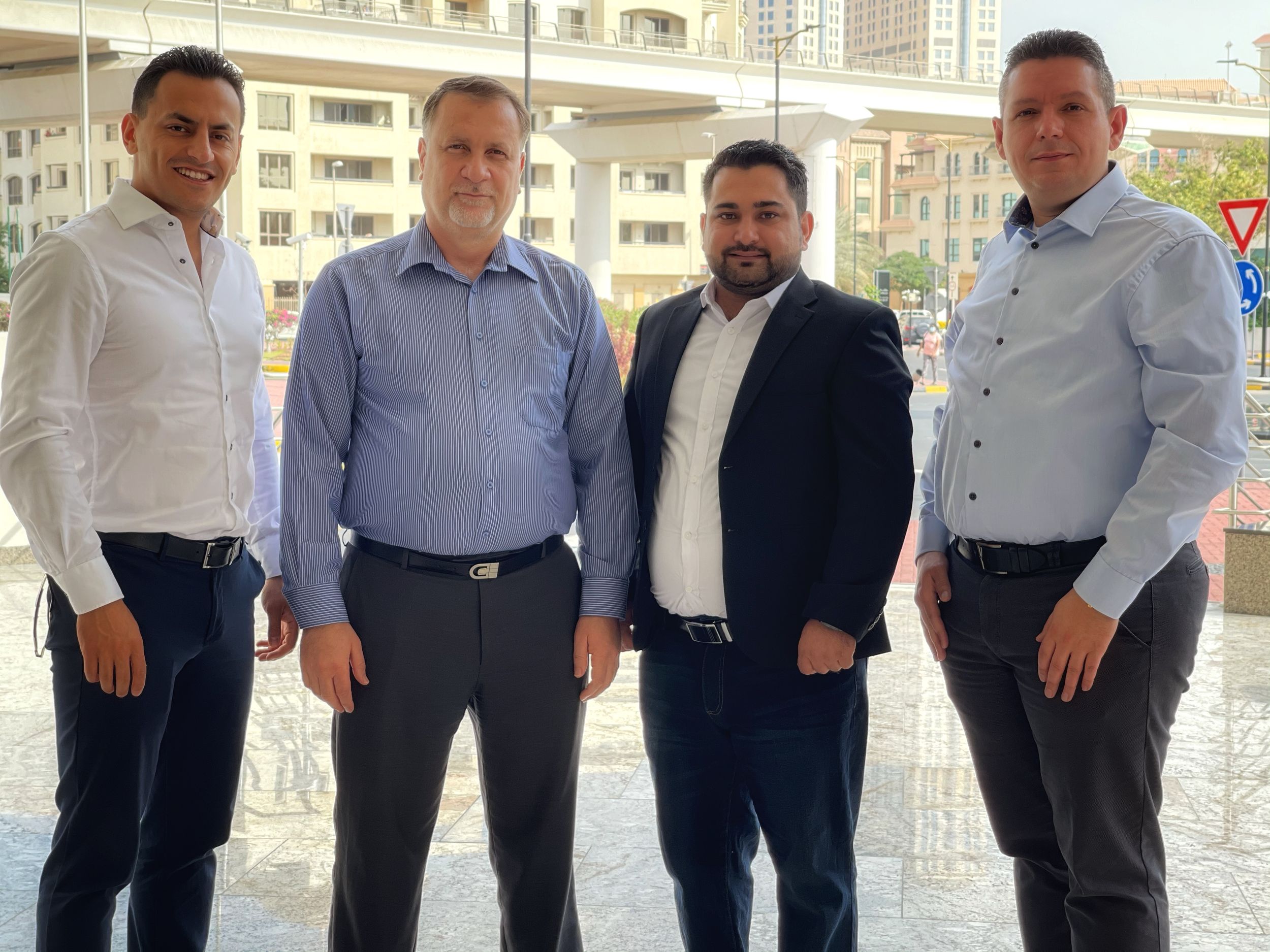 During the very meeting to discuss these matters, the head office back in Winterswijk received a message from Dubai. It was a son, whose mother (we shall call her Aisha for privacy reasons) was suffering from metastatic breast cancer. They informed us that they had found a clinic in Burghausen, Germany where his mother could undergo a specific treatment which was not available in the UAE.

"What can EMS Ambulance do for us?" he asked.

EMS responded immediately. Because there was still a lot of crucial information missing, EMS Ambulance offered a free consultation by one of our top doctors, Dr. A.N. Mani to inspect the situation since we were so close by. Dr. Mani would try to ascertain if the patient was fit to fly, and what transport options (Medical Escort or an Air Ambulance) would be best for her.

Upon arrival, Dr. Mani was forced to conclude that the patient was in much worse shape than originally thought. The patient was immobile, very weak, and cachectic (severe malnourishment). Dr. Mani informed the family that Medical Escort on a commercial flight was not an option, as the patient was deemed too much of a risk and she required too much oxygen (two or more litres per minute) and she had a chest drain in situ.

The choice was made for Medical Escort on a private jet

Ultimately, together with Dr. Mani, the family concluded that private jet was the best option. The family was informed that even considering all the expertise of Dr. Mani and EMS Ambulance, the mission would be risky for Aisha because of her weakened state. The family understood this but decided this was the last option for Aisha. The EMS Logistics team back in Winterswijk immediately arranged an ambulance to take Aisha from the hospital to ‘Al Maktoum International Airport’ in Dubai and chartered a private jet, a Challenger 605, that was fitted for medium care. Medium care entails that the aircraft has aboard a thorax drain in case the patient developed a pneumothorax, a monitor, enough oxygen on board for at least 6-8 litres per minute; exactly what might be needed for this mission. Two family members requested to join the flight, and of course, they were more than welcome. 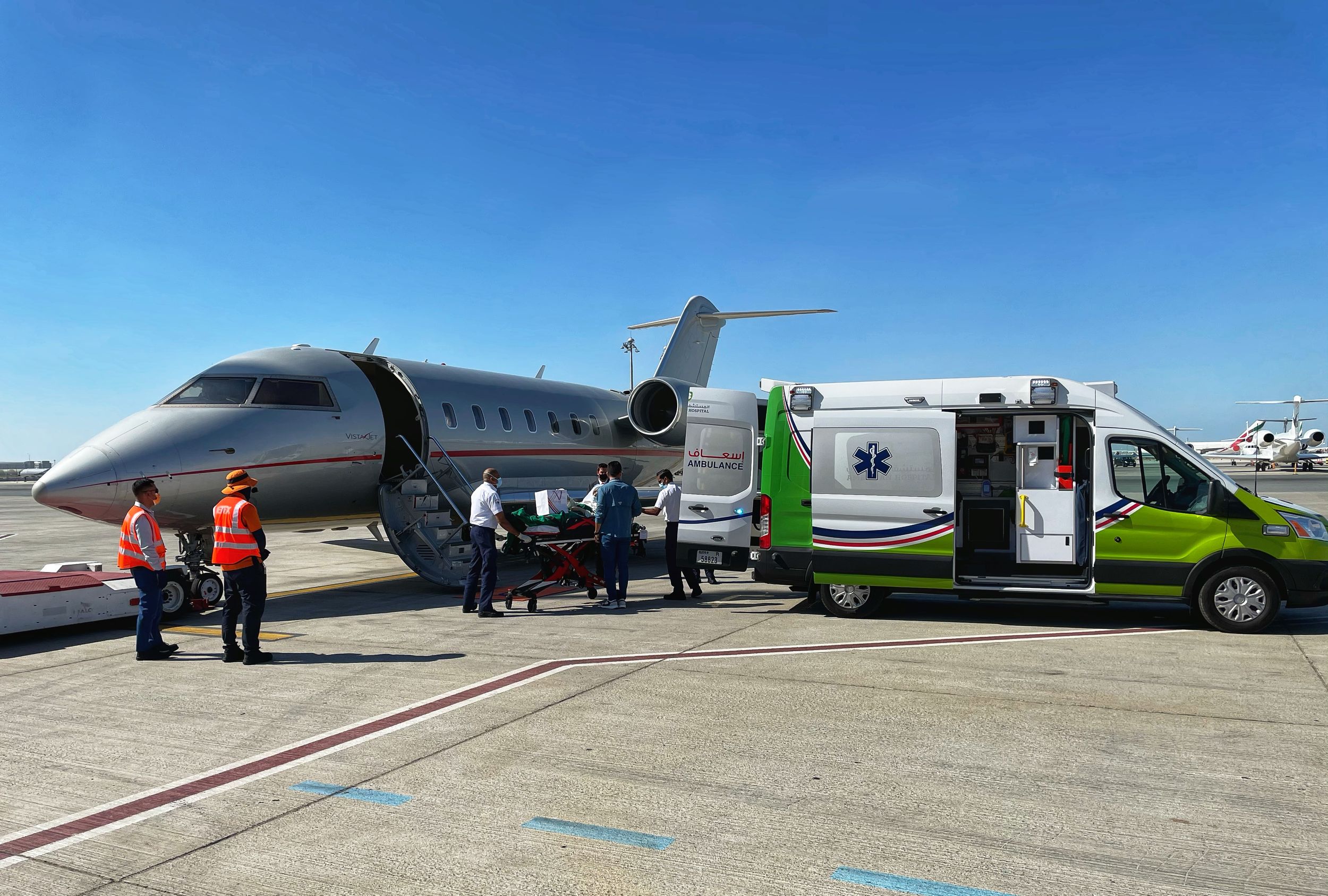 Aboard the private jet

Once on the plane, the patient was mostly stable but developed desaturations up to 65%. A physical exam pointed to a possible pulmonary embolism or a pneumothorax. It also became clear the patient was in more and more pain and was developing hypoventilation (When breathing is too shallow or too slow to meet the needs of the body). Following this, the patient was giving extra oxygen and was given intravenous morphine. This made breathing easier, improved her saturation, and lessened the pain.

Not only was the Aircraft perfectly equipped for this operation, but it was also incredibly comfortable. The cabin offered a complete bed for the patient, offered luxuries such as excellent Wi-Fi connection, ample leg space, good food and an excellent flight attendant. 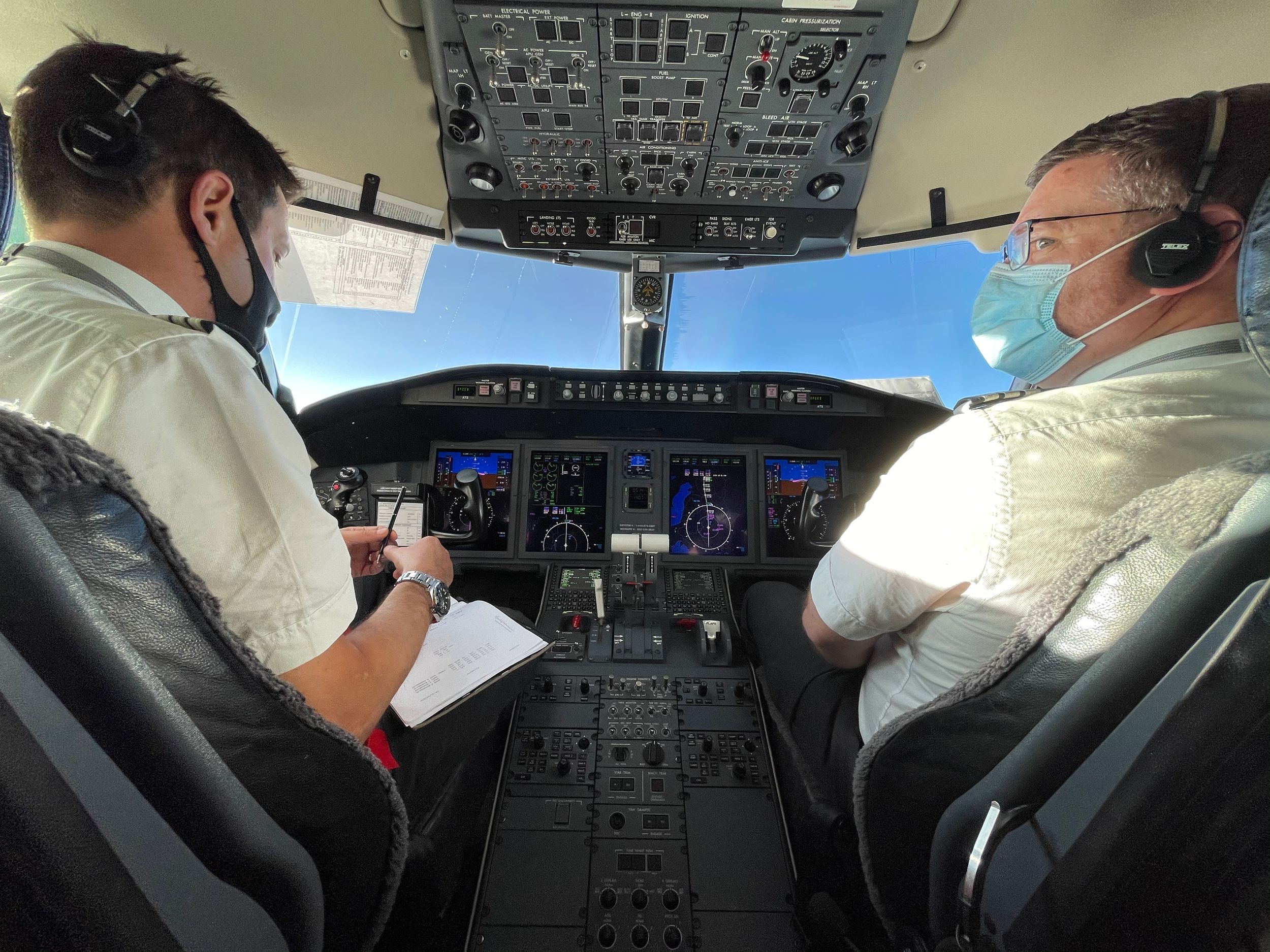 An unexpected change of plans

Slightly before the planned landing in München, it was determined that the weather conditions would not allow small jets like the Challenger 605 to land. In consultation with the doctor and the captain, the choice was made to divert to Salzburg in Austria. This meant that all ensuing ground transport would have to be redirected from München airport to Salzburg. This includes the limousine for the family. Because of the excellent WiFi onboard, contact with the EMS Operations team on the ground was made who could swiftly alter the plans.

Slightly before arriving in Salzburg, another situation unfolded. The patient's condition worsened at a rapid tempo. Aisha developed a high fever, tachycardia (high heart rate) and an overall feeling of sickness. Dr. Mani’s first thought was that this might point to sepsis or so-called ‘tumour-fever’. Landing proceeded as planned, and upon arrival, medication was immediately administered to Aisha in order to treat the sepsis and fever. The patient was subsequently transported to the hospital and was handed over to the doctor on duty.

The fruits of EMS Ambulance’s years of experience pays off

After landing there was a small issue regarding the family members to acquire the correct visa needed to travel to Germany. But fortunately, because EMS Ambulance’s great relation with the Bundespolizei this process was put on a fast-track and misunderstandings were quickly solved. Years of close cooperation between EMS Ambulance and the Bundespolizei has resulted in strong trust, quick communication, and flexibility in the case of emergency. 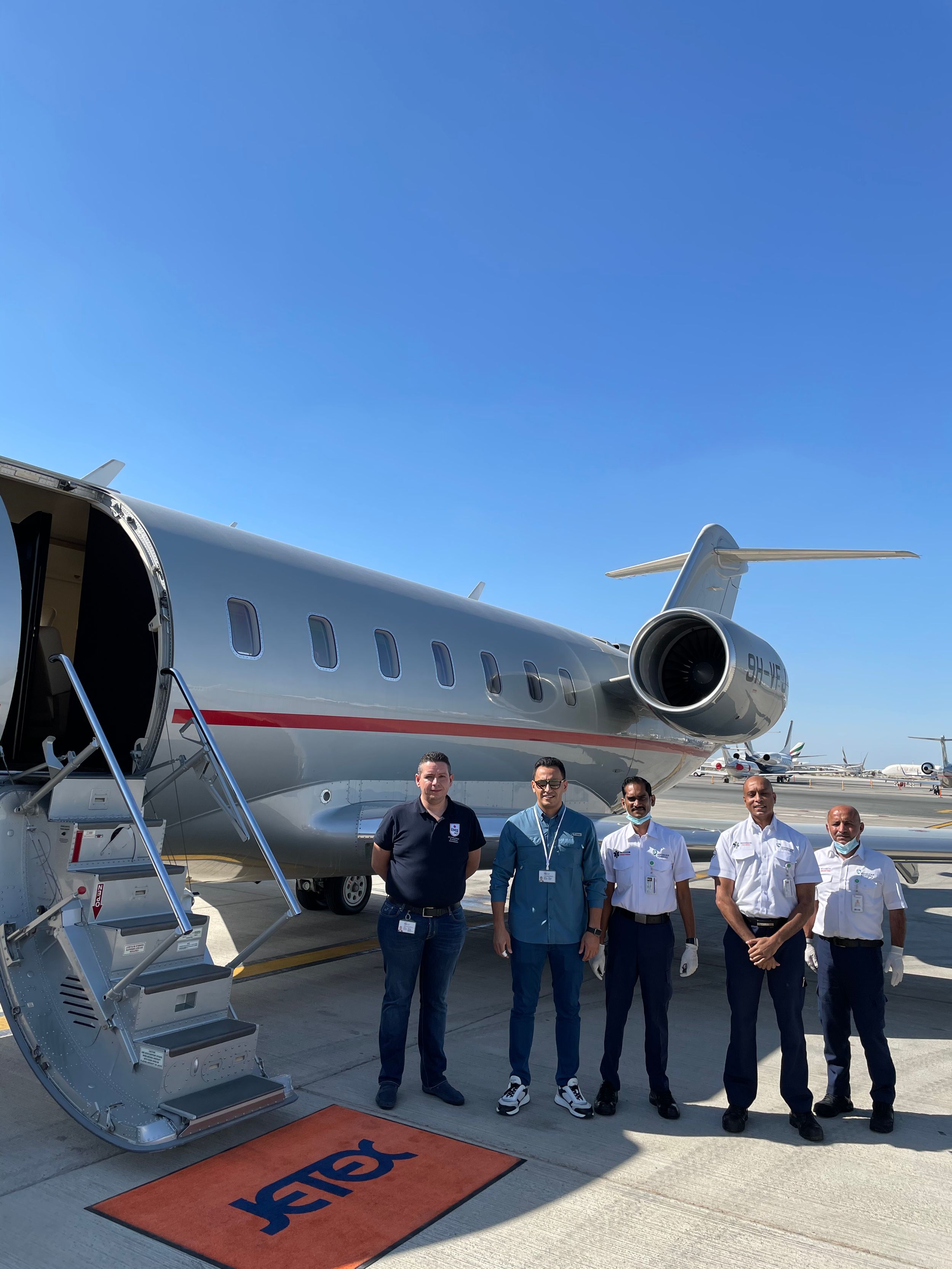 We’re off to a great start in the Gulf Region

We are very proud of the work of Dr. A.N. Mani delivered during our first mission while setting up the Dubai office and would like to thank him for his hard work and dedication in this complex mission. We see this as a great start to our new Gulf Region chapter and we look forward to the next one!

If you have any questions about initiating your own repatriation or would like more information, please don’t hesitate to contact us – even if it’s just to talk through your situation and explore options. We are here to help.